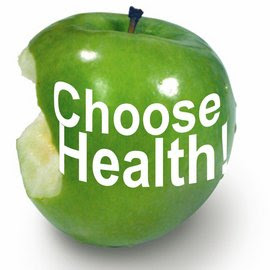 Basketball is an intensive sport that requires motion such as jumping, running, sudden twisting and leaping and thus, the chances of injuries are quite high. Research has concluded that the chances of a basketball injury is twice as high as compared to a baseball injury. Basketball involves the entire body from the arms, shoulders, wrists, waist, knee, ankles and feet. Basketball injuries are classified under overuse and traumatic and as their name suggest results from either constantly exposing a part to stress without providing sufficient rest and from sudden impact.

Basketball involves frequent sudden change in direction, especially when a counter attack is going on. During these sudden burst of speed, the hamstring muscle which is located at the back of our thigh will need to contract to decelerate the motion of the shin bone. As such, it is at a high risk of injury.

Basketball is played with the hands and the ball is usually passed at high speed. An incorrect receiving method could result in the fingers getting locked and twisted. During the shooting process, the fingers could be fractured if the shot is taken incorrectly or an attempt to prevent a block is made. During the dribbling process, sudden hand changing motion could injure the ligaments in the fingers and hand.

As mentioned above, basketball involves sudden twisting motion throughout the game. During the twisting process, the foot is still firmly grounded on the floor and if it does not change direction with the knee, it can cause damages to the knee ligaments. When the foot is unable to change direction, it can cause rupturing of the anterior cruciate ligament and medial collateral ligament.

A knee ligament injury is often accompanied by a meniscus injury. The purpose of the meniscus is to act as a cushioning between the bones and they will absorb the shock from the knee. A serious twisting injury can result in damages to the ACL and MCL as well as the meniscus. This will cause instability of the knee.

Overall, basketball is a fun but intensive game that is not meant for people of all ages and medical condition. People with weak knee should avoid the game or they will need to use protective gears. To prevent most of the injuries, protective gears such as a knee brace, finger sleeves and ankle guards could be used to compress and stabilise the area.