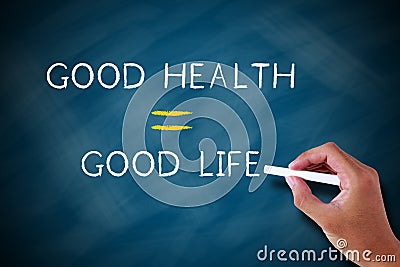 There are all kinds of different things that can cause knee pain, from injuries and traumas to medical conditions. No matter what the reason, knee pain is just that – a pain. One of the more common causes of knee pain, especially in those who tend to run a lot, is iliotibal band syndrome. This is a condition that limits range of movement, and it causes sufferers quite a bit of pain.

What is the Iliotibal Band?

The iliotibal band is a thick band of fibrous tissue. This tissue goes down the outside of the leg, starting at the hip and ending at the outside of the shin bone. The band works with the quadriceps muscle and other thigh muscles to ensure that there is stability for the knee, which can easily be injured, even just by repetitive movements. When there is irritation in the band, it is often referred to as iliotibal band syndrome.

What is Iliotibal Band Syndrome?

As mentioned above, when there is an irritation in the band, it is known as iliotibal band syndrome. Usually, the irritation is noticed on the outside of the knee, at the lower end of the thigh bone (the femur). This is where the band crosses paths with bone and muscle, and the motion is supposed to be a smooth one. When a person has iliotibal band syndrome, the motion is far from smooth because the area is inflamed. This inflammation is usually accompanied by pain, which can range from mild to severe, depending on the severity of the iliotibal band syndrome. This pain often increases the more the person moves around, and decreases when the person is stationary.

Who Gets Iliotibal Band Syndrome?

This is a common condition with people who increase the amount of activity they do. A good example of this is people who are involved in sports. If they usually only play on the weekends, but add extra games or practices during the week, this can bring on iliotibal band syndrome. It can also be caused when people have an improper gait, which can often be corrected with orthotic devices. Other causes can include having legs that are different lengths, overpronation (people who walk on the outsides of their feet), and obesity, which puts a lot of pressure on the entire body, particularly the knees, hips and ankles.

How Can The Syndrome be Treated?

Because this is a condition that is often caused by the way a person walks, many times it can be corrected by wearing the proper footwear. This may mean having orthopedic devices or shoes specially made, but it is worth it if it will help a person to avoid pain in the knees. Ice is always great to help with inflammation, and stretching exercises also work well. Some physicians may prescribe anti-inflammatory medications, and, in severe cases, cortisone shots may be necessary to relieve knee pain. Often, the best results are found with exercises, and the proper exercises can be learned from a physiotherapist.

If you are suffering from knee pain, and think that it may be caused by iliotibal band syndrome, do not hesitate to see your doctor. Once diagnosed, you can go about treating it, and living a pain-free and active life.